What Can You Learn From The Favorite Books Of Jeff Bezos?

Jeff Bezos is among the most influential and richest entrepreneurs in today’s generation—alongside Elon Musk, Bill Gates, and Richard Branson.

On July 5, 1994, he founded Amazon in his garage. And fast forward to the present, Amazon is now among the top multi-national technological companies in the world.

His simple beginnings and accomplishments have captivated millions of people.

And therefore, many individuals want to learn his ways and how he reached his current status in hopes that they would achieve some sort of success by following his example.

And what a great way to learn from his example through the literature he reads.

The books that he read have definitely made a huge impact on his career. It has motivated him to pursue the life he envisioned. Therefore, by referring to books he used to read, it may somehow give us the inspiration we are seeking.

In this article, we’ll particularly talk about the favorite books of Jeff Bezos and how they can potentially help you improve your business and career as well.

So without further delays, let’s begin…

The Everything Store by Brad Stone

The list of the favorite books of Jeff Bezos entailed here is based on accounts mentioned in the autobiography written by Brad Stone titled The Everything Store.

With this being said—allow me to briefly discuss the book before I begin talking about our main topic for today.

First and foremost, it was published back in 2013 and was given the Book of the Year award by Financial Times and McKinsey Business in the same year.

Also, the book currently has a high rating of 88% on Google, which only means that it is worth reading.

The Everything Store basically entails the life of Jeff Bezos and the rise of Amazon. It has basically condensed the 27-year history of the company and the 57-year life of its founders in a 384-page autobiographical book!

Like many companies, Amazon has its share of ups and downs. They were once the second most popular online retail store behind eBay.

As of today, Amazon is unmatched, and all other competitors are far behind.

I won’t be talking about this book that extensively. I suggest that you read the book to learn more about how Amazon became an eCommerce empire.

As the title of the article suggests, today’s topic is the favorite books of Jeff Bezos and how they could potentially help us become a success.

But before we start, I’d like to disclose first that the links embedded here will direct you to Amazon, but we are in no way an affiliate of any of the books listed in this article.

We will not profit if you decide to avail the books.

Now, with that out of the way, let’s continue…

The favorite books of Jeff Bezos?

1. The Remains of the Day by Kazuo Ishiguro

Jeff Bezos mentioned that he learns far greater in work of fiction than those non-fictional books.

And the Remains of the Day by Kazuo Ishiguro is a perfect example of that book.

It is a novel where the plot revolves around a butler named Stevens. The story progresses as he recalls the services he rendered during the Second World War in Great Britain.

As you might have surmised, the story explores the personal accounts of Stevens. It tells a story of regrets, social class, and the true meaning of greatness.

Walmart was founded by Sam Walton. And since the date of its inception, the store has grown exponentially. And they have become the most recognizable retail market in the world today eventually.

In it, the founder discusses some of the elements that made his store the success we know today. Some of the lessons you’d learn are the core values of frugality, discount retailing principles, etc.

You will also learn some of Sam Walton’s management style, including playing on your strengths instead of your weaknesses and being organized to effectively tackle affairs and day-to-day activities.

And the most interesting part of the book is the idea of thinking small, which would not make sense until you read it. Well, it tells you that as you grow, it is important to think small—meaning you have to continue thriving like you’re just starting with your business.

I have talked about Sam Waltons’ thinking small philosophy, which you can find by clicking this link.

And if you’re an entrepreneur, then this book is a must-have. And upon reading it, I assure you that you’re going to learn a lot from the book.

Because of its value, Jeff Bezos mandate all of his store managers to read it themselves and apply the principles relayed in the book.

3. Memos from the Chairman by Alan Greenberg

The book is actually a collection of memos from Alan Greenberg himself back when he was still the chairman of Bear Stearns.

So you might be wondering what is special about these memos. And how it could help you become a better entrepreneur.

Well, the memos contain statements of Greenberg on his insistence to restore the company’s core beliefs, especially frugality and modesty.

I believe that the book was published for a good reason. The book’s philosophical values are essential in helping you maintain a high moral standard in business or your personal career.

The teachings aren’t only applicable to big corporate companies but in all forms of businesses as well.

The Mythical Man-Month is a complex book and may only be comprehendible to a selected group of individuals.

And this is so because the book is about software engineers and product management. It was first published in 1975, and there were following revised editions in 1982 and 1995.

The book is widely recognized because of the authors’ seemingly counterintuitive argument in regards to the number of team members in a project.

It is said that the smaller the group is, the more that they are more able to tackle complex projects.

This philosophy was also believed to have been adapted in Amazon’s system, which they refer to as the Two Pizza Team.

“Built to Last” basically relays a six-year study that explores how top companies endure and remain standing all throughout these years.

The book is highly regarded and, therefore, a recommended book for all forms of businesses.

This is especially true if you’re a startup because it gives you valuable insight into how to manage your business.

In addition, the book also teaches that an employee who embraces the central mission of the company is likely to succeed. 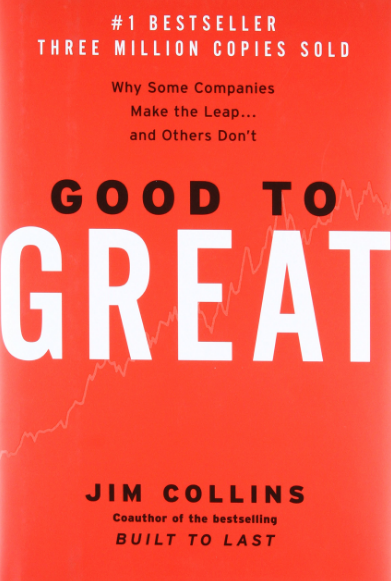 6. Good to Great: Why Some Companies Make the Leap… And Others Don’t by Jim Collins

Have you ever wondered why some companies succeed and continue to develop, while others never amounted to anything and gave up altogether?

If so, then you must have a copy of Jim Collins’ Good to Great book!

The contents of the book include an in-depth evaluation of the business’s inner beliefs and how they operate. The factors to determine is believed that they can find their strength and uniqueness.

And once they do so, they must take advantage of it to gain traction in the market. 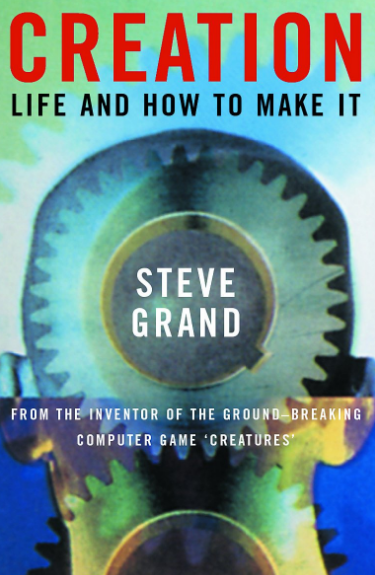 7. Creation: Life and How to Make It by Steve Grand

The book basically talks about artificial intelligence and other advanced and intelligent technologies and their role in humanity’s progress into the future.

Also, it entails our technological evolution intending to impart more awareness on the topic of artificial intelligence to the general public.

The contents of the book are lightly written in some sense but enlightening nevertheless.

As you read, you will realize that you may not have been totally noticed the progressive development of AI research in the last 50 years or so.

The contents of the book were actually very influential in the development of Amazon Web Services or AWS. It’s a technology that popularized the idea of online storage or a cloud. 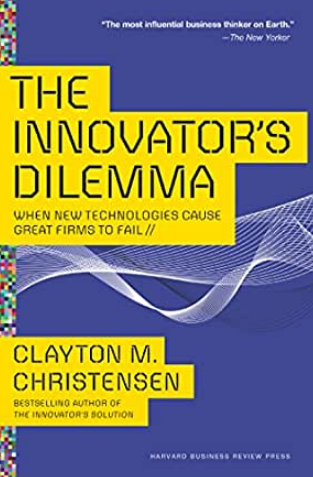 8. The Innovator’s Dilemma by Clayton Christensen

In his book, Clayton discusses important questions that every entrepreneur may have in their mind. That is whether they maintain the same technology to keep their customer satisfied and meet their needs.

Or should they continue innovating technology and contribute to our advancements.

What Clayton argues is that we shouldn’t allow our civilization to become stagnant.

Yes, changes are uncomfortable, but it is the only way to go if we want to develop as a society and have a better tomorrow.

Such philosophical values were also vital in Amazon’s marketing principles, which aided AWS and Kindle’s creation. 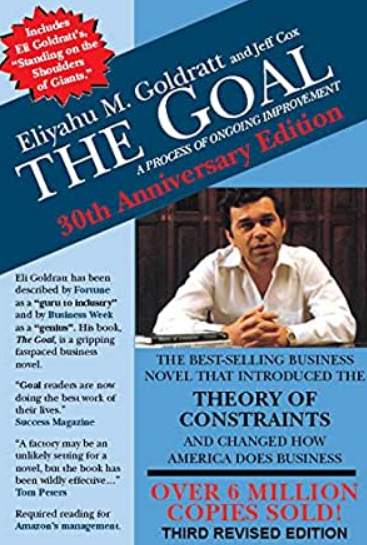 9. The Goal: A Process of Ongoing Improvement by Eliyahu Goldratt

It’s an unusual novel wherein the plot of the story revolves around business management.

The book centers on the idea that a business or entrepreneur shouldn’t become discouraged and continue in identifying the specific challenges in their operations.

Once determined, it is expected that they find solutions and use them to improve the standing of the company.

It’s another book that has a huge influence on the business operations of Amazon.

In fact, few members of Amazon, including a man named Jeff Wilke, refer to it as their Bible. And this is so because it is believed that it helped them fixed Amazon’s fulfillment network. 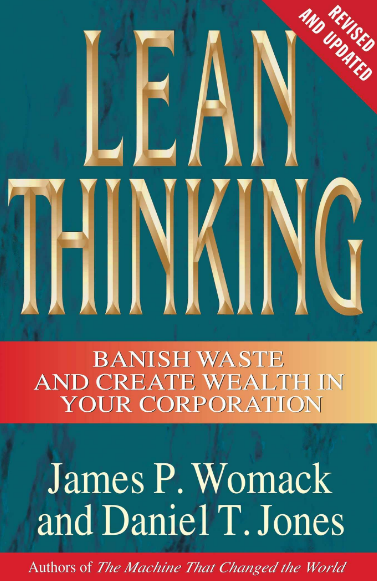 10. Lean Thinking: Banish Waste and Create Wealth in Your Corporation by James Womack and Daniel Jones

The book discusses the economic crises experienced by major industrial regions such as Europe, Japan, and North America.

In Lean Thinking, Womack and Jones share their thoughts on the manufacturing discipline and its development in the past years.

A primary issue mentioned here is that many industries are seemingly stuck and unable to push forward. In which, they provided their insights into the matter and how it would be effectively addressed.

The book was originally published in 1996, so the means used here, such as countries, may not be updated. But I believe that some of the teachings, philosophies, and arguments in the book are still as useful today. 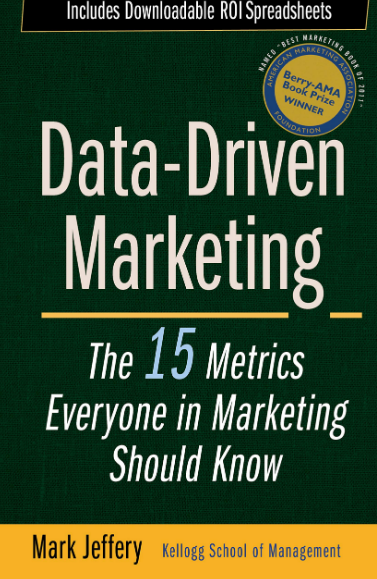 11. Data-Driven Marketing: The 15 Metrics Everyone in Marketing Should Know by Mark Jeffrey

The book was awarded by the American Marketing Association as the Best Marketing Book for 2011.

And I believe that the book was dubbed as the best in that year for a good reason.

By improving the effectiveness of marketing strategies, it is believed that a business can provide customer satisfaction. 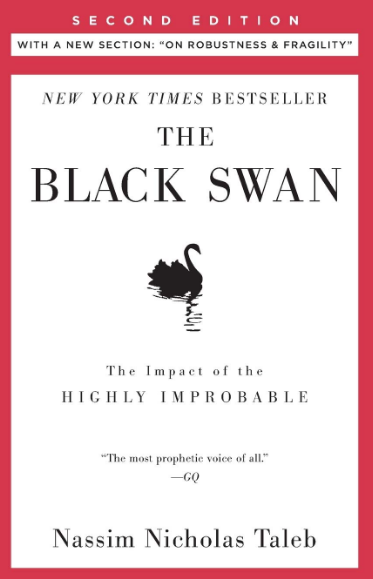 12. The Black Swan by Nassim Taleb

In this book, Nassim argues that individuals have the tendency to observed patterns in times of chaos.

In addition, they are also believed to become blind and unable to see any solutions or possibilities when faced with difficult challenges.

By not allowing yourself to become overwhelmed by such instances, then you should be able to successfully tackle the problem and succeed with your endeavors.

I do hope that my content about the favorite books of Jeff Bezos has somehow inspired you to look into the books and attempt to learn from them as well.

I don’t feel that there’s a need to read all of them, but any books in this list possess valuable lessons that can help you become a better entrepreneur.

And if you’re looking for more information on how to succeed in entrepreneurship or want to learn eCommerce and how it works, then you can go to our dropshipping