Tony Robbins’ Value Ladder: A Closer Look At His Funnels

I was introduced to Tony Robbins when I picked up his book “Awaken the Giant Within” in a bookstore one day.

It was a pretty extensive book, but I’ve managed to finish it many times now.

Although some of the teachings you’ll find there are unconventional, it was effective nonetheless, which draws me to his book over and over again.

Anthony “Tony” Robbins is one of the most influential motivational figures today alongside Oprah Winfrey, the Dalai Lama, Deepak Chopra, Les Brown, and Robert Kiyosaki, just to name a few of them.

An amazing trait of Tony is his perseverance and determination to succeed. Before he started his consulting company, it was scrutinized and even labeled as a waste of time.

But he pushed through, and fast forward today; it’s a multi-billion dollar business.

In this blog, we’ll talk about his consulting business empire and Tony Robbins’ Value Ladder, and how you can pattern them to yours as well.

So without any further delays, let’s get started… 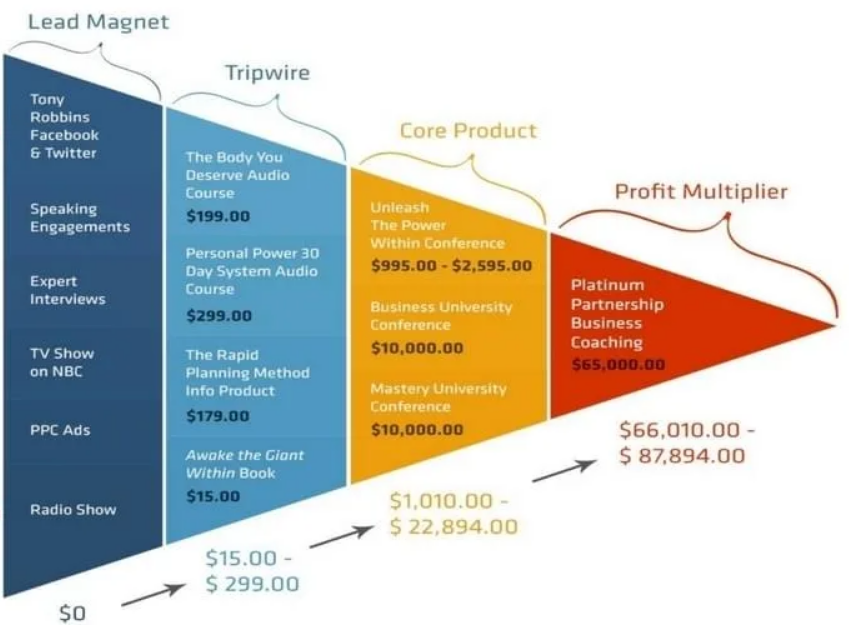 What can we learn from Tony Robbins’ Value Ladder?

This refers to his official social media accounts, speaking engagements, and TV appearances.

As you can see from the graph above, Tony doesn’t normally earn from them. But they are critical and essentially the foundation of the company because it is the most reliable source when it comes to generating leads.

And as you might have surmised, Tony isn’t that much overly concern at this level. Again, he is more focused on attracting traffic and presenting his products and courses to the general masses.

Once he attracts followers and potential clients, he’ll introduce them to his literary works and other publications—the second level of Tony Robbins’ Value Ladder.

From this point, you will be introduced to his core products in the following section…

As the term suggests, the third level involves the core products he is selling, which include coaching and events.

And at this point, his offerings become a little more expensive as the value product ascends as well. As you see, the products are within the price range of $1,010 to $22,894.

The summary of the products you’ll get includes—

It is said that this is where most of Tony Robbins’ attention and energy is concentrated.

And if his audience is satisfied with the program, then they might become interested in Tony Robbins’ high ticket product…

As mentioned, it’s a high ticket product which would cost his clients a huge amount of money.

Once you’re done with his programs, it’s expected that you can boost your business status significantly. 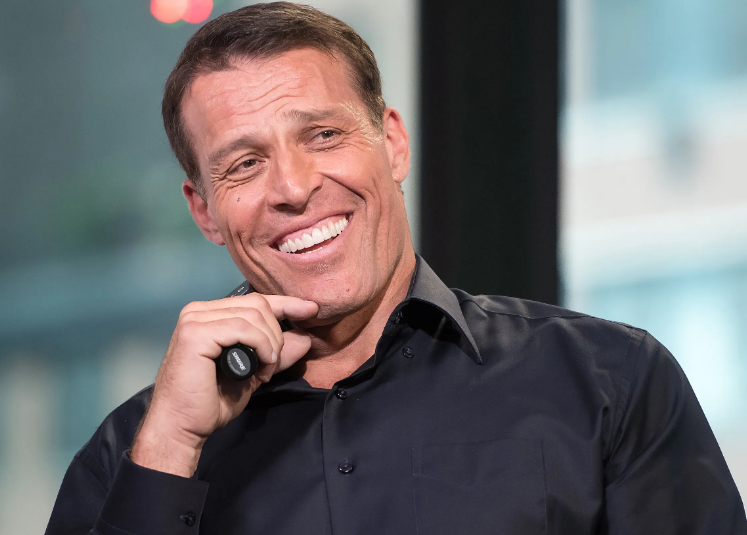 I hope my brief content about Tony Robbins’ Value Ladder has provided you sufficient information about how he organizes his funnels, and somehow given you an idea on how you can do the same thing to your business also.

Well, I believe that’s just about it!

And I hope to see you on the next topics!