Benjamin Franklin is among the Founding Fathers of the United States.

However, when someone hears his name, some may immediately associate him as the person who flies his kite in the middle of the storm with a key on the upper end of the trend or the guy in the $100 bill.

I even heard one guru constantly calling the 100 dollar bill as Benjamins.

Another valuable contribution by Benjamin to humanity is in the personal development genre. His time-tested insights on improving oneself and personal story continues to inspire people and help them get results.

So for today, we will look into Benjamin Franklin’s 13 virtues and how we can apply them in our day-to-day living. 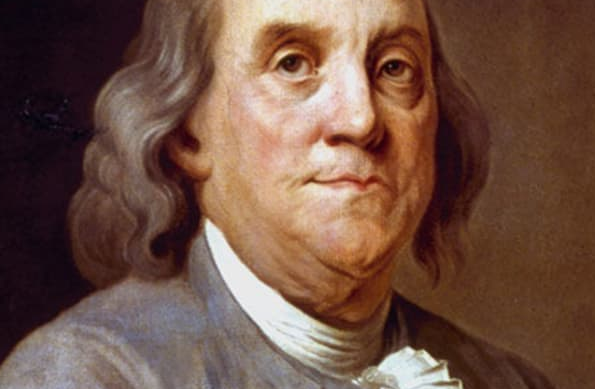 Benjamin Franklin’s 13 Virtues for Real Transformation! And How it works

In his mid-20s, Benjamin started to examine his life and concluded that he wasn’t reaching his potentials, he drank and eat excessively, he talked too much, etc. In other words, his life wasn’t virtuous.

Therefore he devises a plan that would bring him to right path. A set of virtues that he believes if mastered could eliminate his undesirable behaviors.

And here are Benjamin Franklin’s 13 virtues— 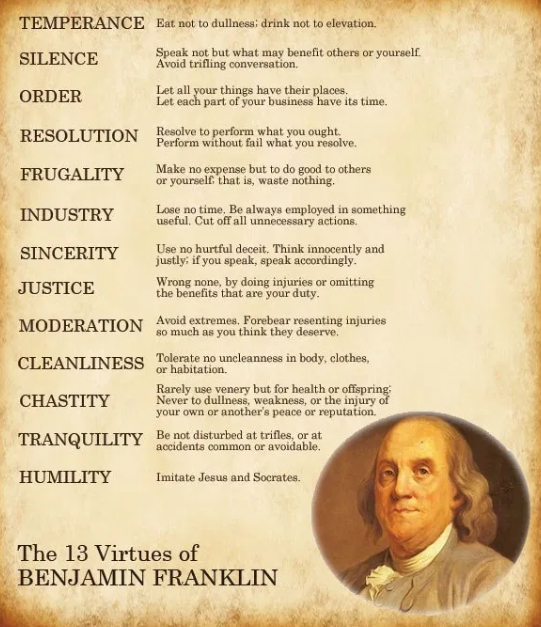 Before we move on, you might wonder why 13? Why not use numbers that are commonly linked to good fortune like 7 or 12? Also, 13 is a number of bad luck to most, right?

You might think that he chose 13 to commemorate the first colonies in America, but this isn’t quite so.

He chose 13 because when you multiply it by 4, then it gives you 52 which is the total week of the year.

And he decided to pattern it such so he can monitor his progress, and evaluate how he faired for the week.

He also realized that working on these all at once would be a disaster. Thus, he devised a system that allows him to take on each virtue one week at a time.

He will continually work on them for 4 times in a year.

And then, he’ll put a mark in the box of a specific date whether he was able to accomplish his goals in accordance to virtue he’s working on for the week.

Below is an example of his 13 virtue checklist— 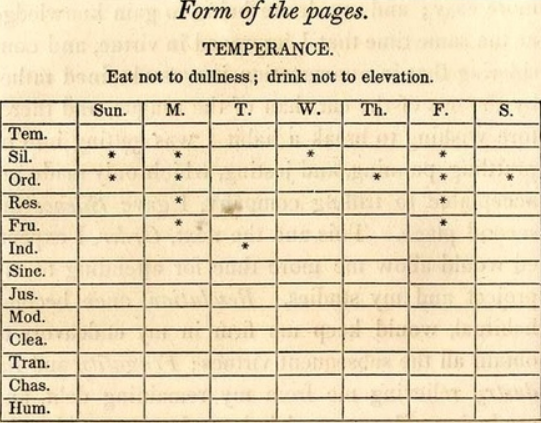 I hope today’s short blog about Benjamin has somehow inspired you to become a better person and aim higher in life.

Many individuals today are still practicing his method of self-improvement, and many of them reported that it made a positive difference in their lives.

Also, it’s pretty straightforward and easy to comprehend. If you want to make a change with your life, then you begin with Benjamin Franklin’s 13 virtues.

So yes, I believe we have covered sufficient grounds here!

Thank you for the time and I hope to see you soon!