Amazon’s Organizational Structure: How The Company Manages Its Employees

Amazon is an online retail giant founded by Jeff Bezos.

Recently, he was trending all around the globe because he was ousted by Elon Musk as the richest man today.

This may be the case; it doesn’t take away the success he achieved throughout the years and how he was able to build an empire and global leader in eCommerce.

There are many factors to his success, but one of the most notable is his organizational structure and outstanding ability to manage his employees.

With this being said—our topic for today revolves around Amazon’s organizational structure and what lessons we can derive from it.

Before we begin, I’d like to give you statistics on how many employees Amazon is currently managing.

As of this year, the company hired additional 400,000 workers. Thus, the total employees that they are now managing have reached approximately 1 million people! That’s massive!

Now, you might be wondering how the company is keeping its structure intact despite the volume of its employees.

Let’s dissect each of the company’s philosophy on this…

You need to bear in mind that for an organism or community to grow, it needs a system.

Amazon has a well-structured organization with Jeff Bezos on the top (of course). And then, directly under him are several CEOs and CFOs that oversees that company’s day-to-day operation.

And then, there are the managers and supervisors that directly deals with the workers of the company.

The Corporate Vision is of extreme importance because it serves as a reference to where the company is heading. You may think of it as its destination or set of specific goals in the future.

Amazon stresses these visions to their employees on a daily basis so that it gives them a sense of direction as they work with the company.

For example, if things are complicated at work, they would simply ask themselves what is the best option for their customers since they are a customer-driven company.

The Two Pizza Rule is an organizational term popularized by Amazons’ CEO and founder Jeff Bezos. And the primary aim of this philosophy is to maximize meetings’ efficiency.

It simply says that the meeting should not be large that two pizzas can’t feed the entire group.

What does it mean?

The philosophy behind this is that a meeting may become less effective and take longer than it should if there are numerous participants or representatives in one session.

So in order to address this creative problem, the meetings are subdivided to improve the efficiency of the meeting.

A common strategy that most businesses do to innovate their products is to venture into a partnership with other companies or acquire small startup companies.

Although there’s nothing wrong with acquiring small companies, it may be less cost-efficient.

As for Amazon, what they would do instead is to put their faith in their teams to come up with innovative services or products for the company.

Not only that it generates them the results that they need, but it also allows them to save more money.

Stability at the Top

Another notable characteristic of Amazon is that they have a very stable and solid top management structure.

Their employees work for them for years, if not decades.

Amazon has a straightforward approach to its global operation. They have categorized their divisions into— 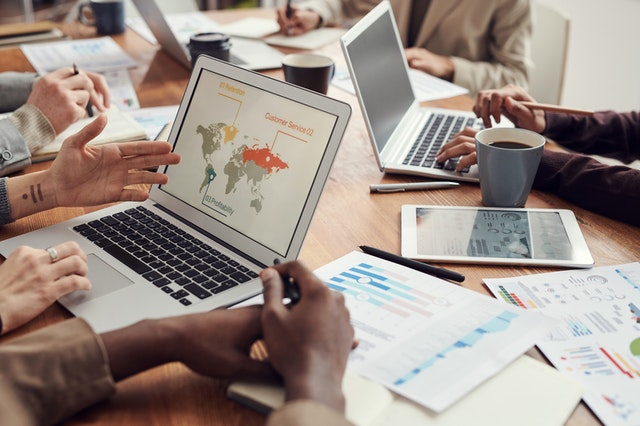 So yes, I believe that’s just about it!

I hope today’s blog about Amazon’s organizational structure has inspired you in some way in regards to how you’re going to structure your business.

Thank you for reading today’s topic, and I hope to see you next time!